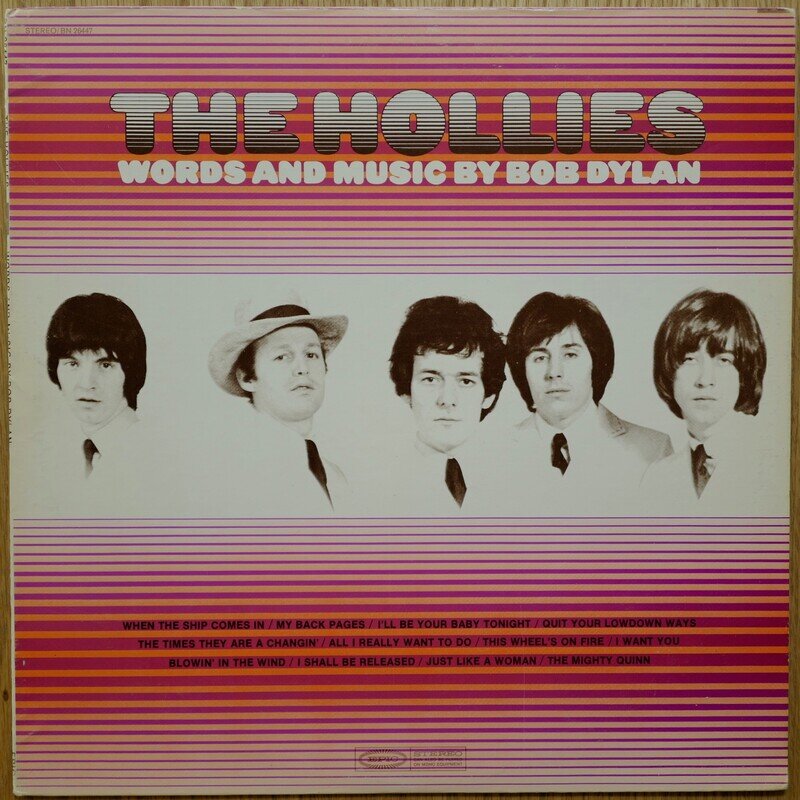 "Hollies Sing Dylan" is a 1969 cover album featuring songs written by Bob Dylan and performed by The Hollies. It is their eighth UK album. It was also released in the US as Words and Music by Bob Dylan with a different cover but using the same band image and track order. First released on compact disc in West Germany in the late 1980s, it was not released in that format in the rest of Europe until 1993. For this issue, two bonus tracks, the single version of "Blowin' in the Wind" and a live version of "The Times They Are a-Changin'". A later remastered issue in 1999 added a third bonus track, a live version of "Blowin' in the Wind".

ELECTRIC TEDS / Get Ready For The...

SWEDEN THRU THE AGES

T-REXXX / Fear At The Jungle