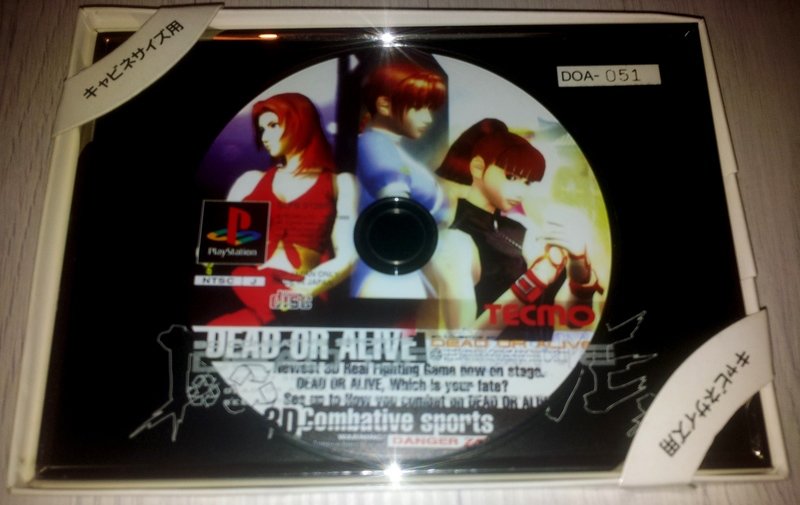 Unknown item... There is no trace of it anywhere.

The previous owner told me he had won a Dead or Alive contest organized by Techmo and had been rewarded with this item as a present.

Several contests were organised at the time in different places in Japan. Given the serial number affixed to it on the upper right corner, I guess very few copies have been distributed. And I think this is not the kind of items you ever want to resell! That may explain why there is not a single piece of information anywhere...

The serial on the CD is the same as the retail version but the design is totally different. "Dead or Alive" is printed on white on the front glass.

The outer packaging is the same as the telephone cards which could be won by sending back the registration card included in the Saturn version.