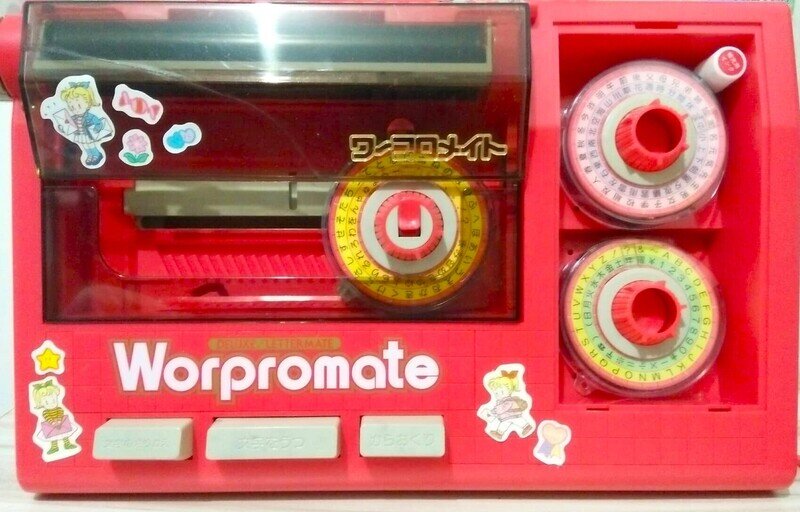 Produced by Bandai at the year of 1987, Worpromate is a dial typewriter made for kids. What's fun with this is there's a counterpart for girls (Lettermate) and unisex (Seallettermate). The Lettermate version has also featured famous magical girls such as Magical Angel Creamy Mami. For the Worpromate that I bought, it is still complete with the cartridges, botlle of ink, postcards, stationeries and letter envelopes. The cartridges have katakana, hiragana, and romaji.

What made me buy this toy aside that it's produced in the 80's was it reminded me of the times when we still use typewriters in writing letters and doing school projects. Growing up in the 80's and 90's the changes in technology was really fast. I remember I was almost getting good at using the typewriters and then suddenly computers were introduced. In a blink of an eye, there were no bulky computers and laptops became the trend. Technology for me seems crazy sometimes and amazing at the same time.