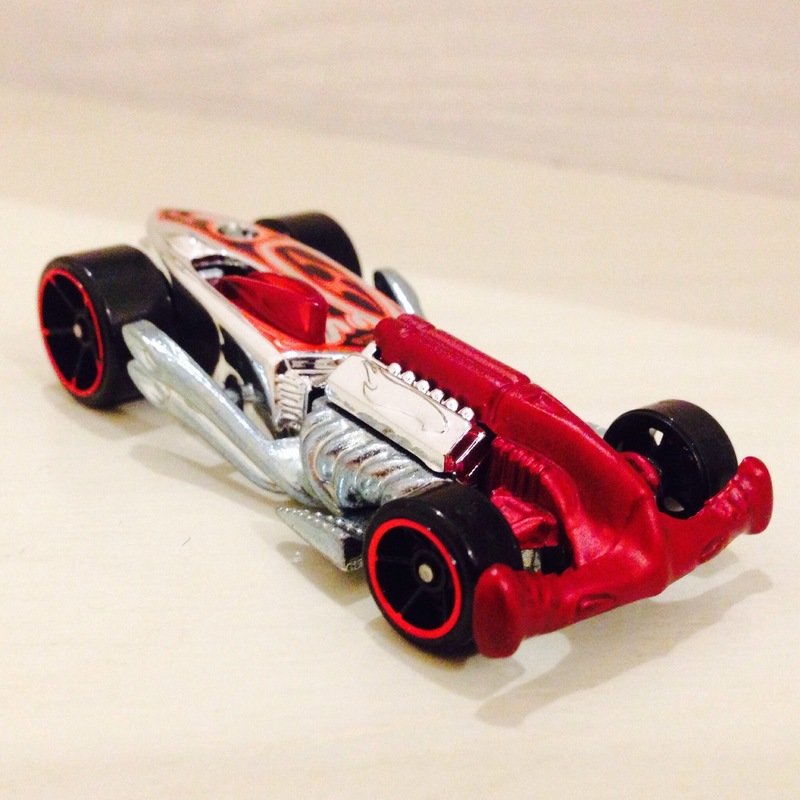 Designed by Greg Padginton, Rat-ified was introduced in the AcceleRacers series. Serving as Mitchell "Monkey" McClurg's 1-seater vehicle, an incomplete version of the car debuts in the Metal Maniacs garage bay in Breaking Point. Rat-ified is used as a decoy car to infiltrate the Drone Sweeper, and is subsequently dismantled. Post-AcceleRacers era, Rat-ified has made various appearances in different Hot Wheels media.

Unlike its animated appearance, the official die-cast is adorned with two Hot Wheels flame logos on the engine block.