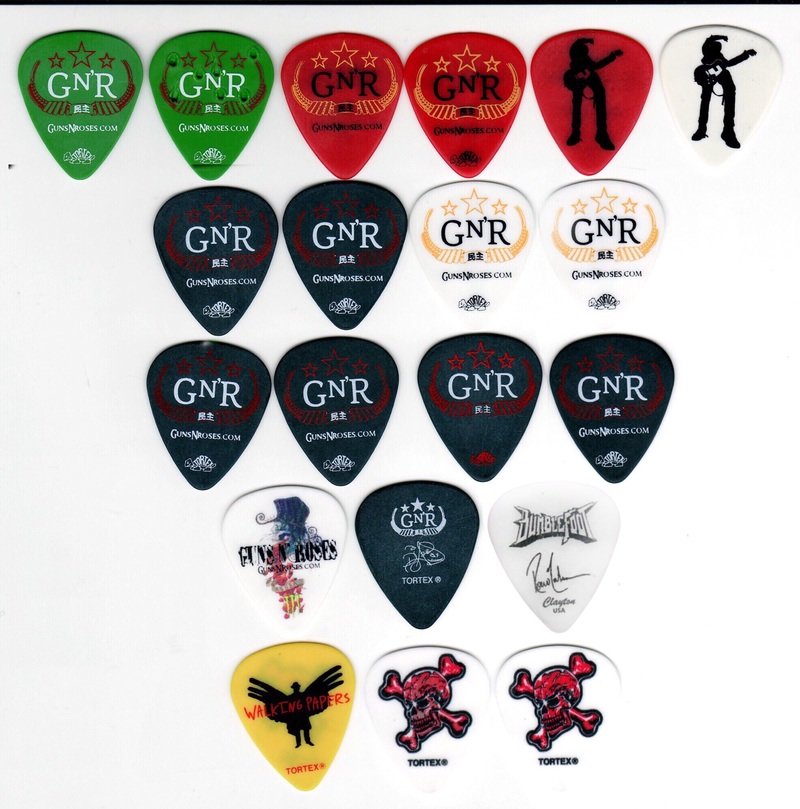 Bottom Row Middle
- Duff Reuniting With Guns N' Roses to 'Help Axl Out,' and was filling in on bass for five shows on South America Tour while Stinson tours with The Replacements.
Here is the Pick for the South American Dates.

Bottom Row Right Pick
- Duff was using these picks on 2015 version of Kings of Chaos and recent Hollywood Vampires Tour as well.