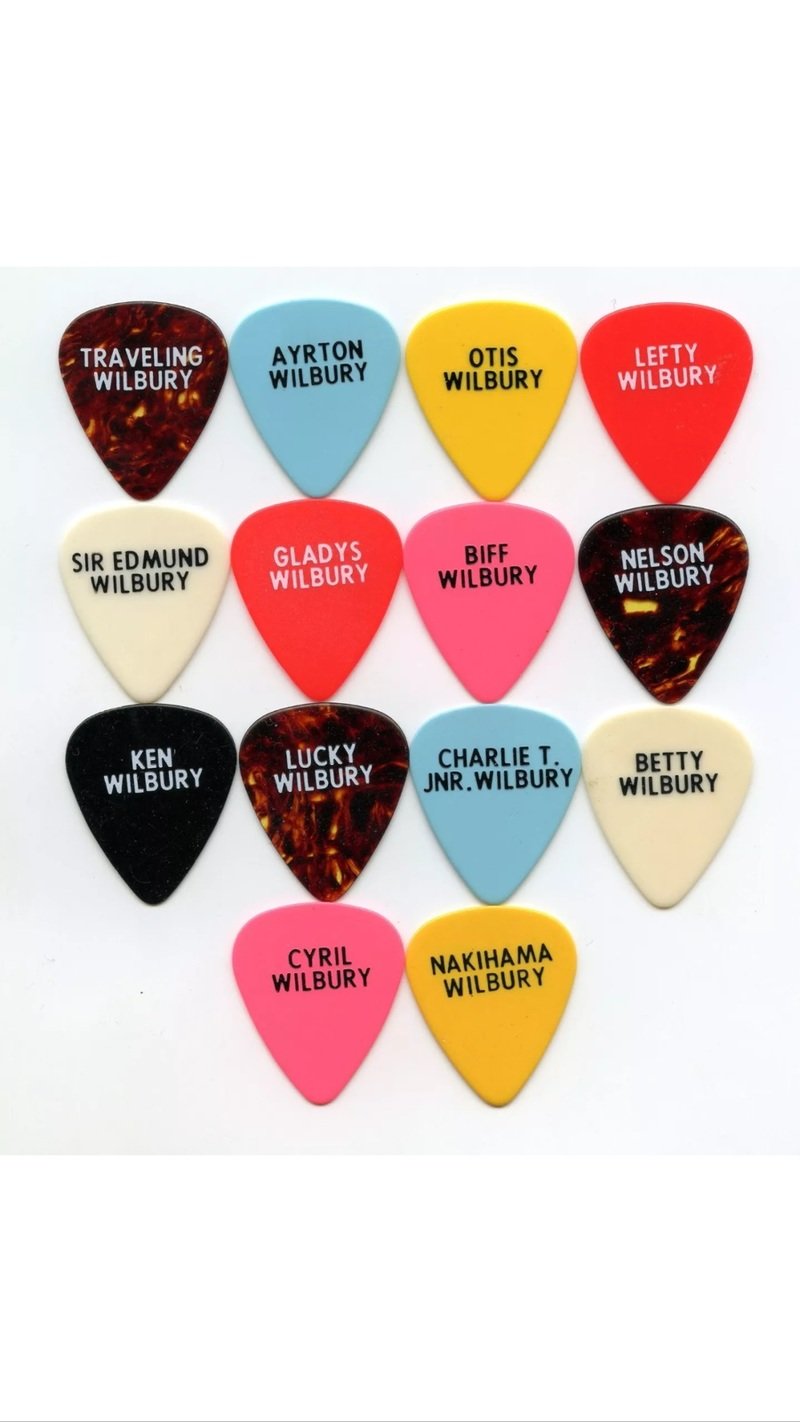 The picks with their pseudonyms are listed below:

Unfortunately, we don’t know who all of the true identities are at this point. As for Biff, Betty, Gladys and Cyril Wilbury, The drummer and Traveling Sidebury, Jim Keltner laughed and said “Some of those picks may have had no meaning at all. The guys would just sit around and think up so many Wilbury names that just made them laugh.” For now, the mystery continues.

only 1 of the Misspelled Pick = "Travelling Wilbury's" is missing to Complete.

There is Gary Moore = aka. Ken Wilbury pick exsists. See the other listing. So that there are 16 Wilbury Picks exsits to complete.
You can see 15 Pcks out of 16 here on Muuseo.