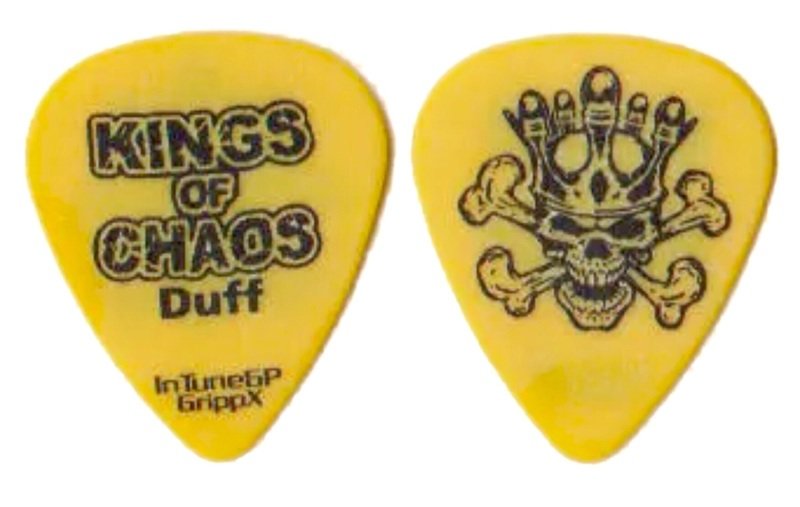 The Supergroup plays a setlist of songs from the bands of the members, and generally another few cover songs.

To date, they have only recorded and released one song, "Never Before", on the Deep Purple tribute, Re-Machined: A Tribute to Deep Purple's Machine Head.

This Duff McKagan Pick was used on Australia's Stone Music Fest, April 2013, 4 Shows of The South African Tour in August and a couple of The US Dates, November 2013.