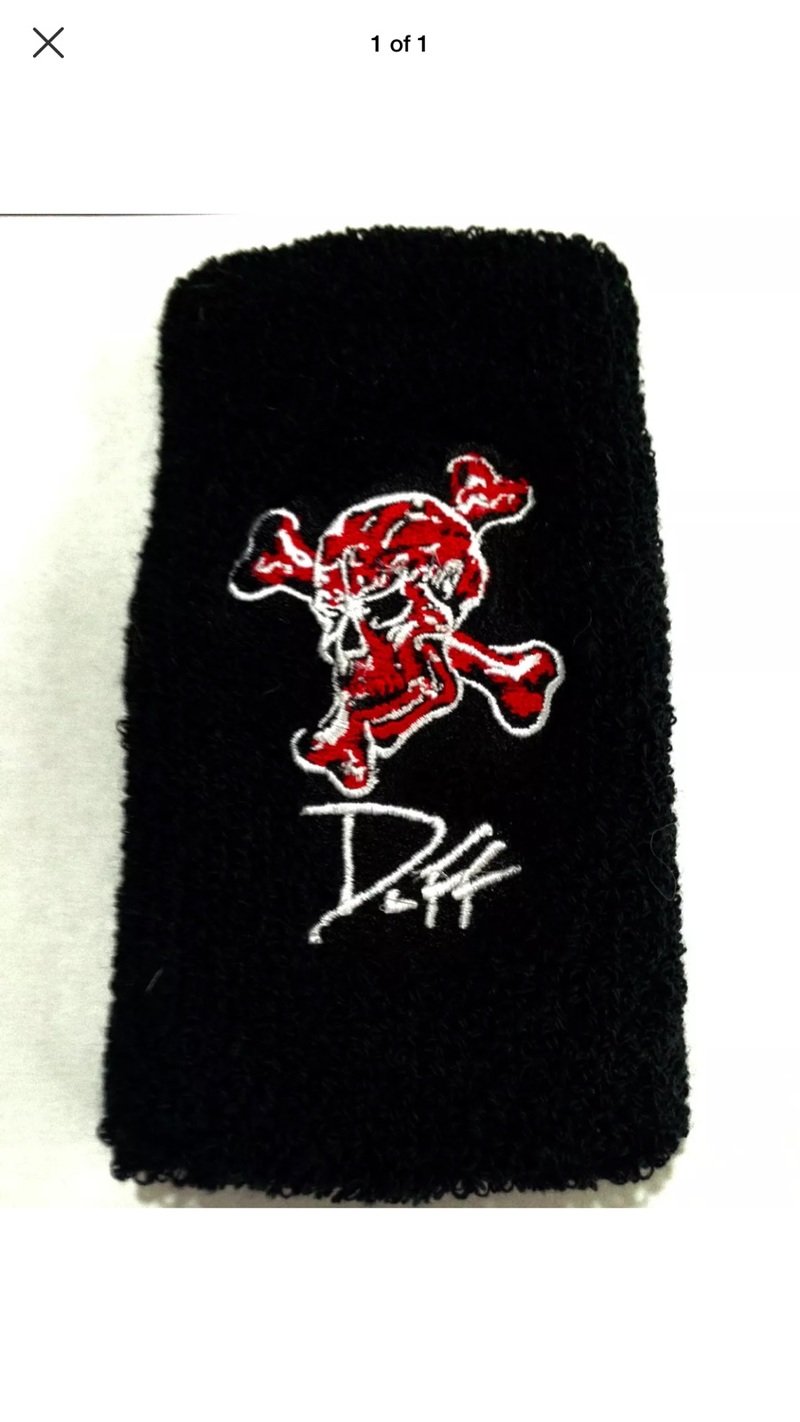 This is the wristband Duff wears when he is on stage. Originally he only wore a wrist band with gold lettering, Late 2016 his tec buts out both, Gold version and this White lettering version.

This came out of the same box he gets his before the show.

Use Your Illusion I / Guns N' Roses