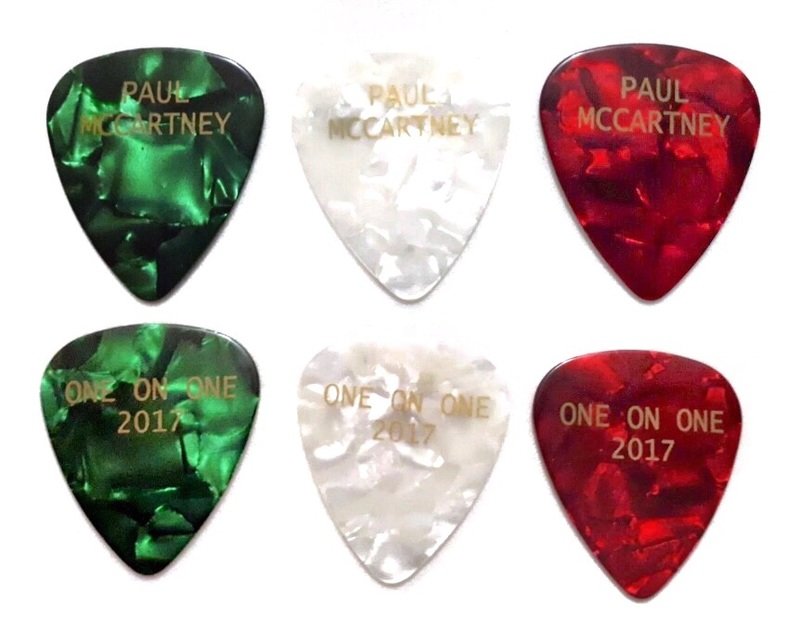 Paul McCartney
One on One with Mexico City

Speaking about his visit in Mexico, Paul said:

“Mexico holds so many special memories for me. We’ve had some brilliant nights there and I’m looking forward to making more great memories on this tour. We are going to have a huge party together. Getting ready to rock Mexico!”

This show marks Paul’s first visit to Mexico in five years. His last trip saw him play a historic massive outdoor show in Zocalo Square as part of his record breaking 'On The Run' world tour, pulling in more than 250,000 attendees! Since his first visit in 1993 Paul has played ten concerts in Mexico.

Paul McCartney made his Guitar Picks for the Mexico Show in 3 Colors of Green, White & Red that is the color of Mexican Flag.

A Hard Day's Night ( Extract from the film )

When We Was Fab / zig zag Limited Edition Box(UK盤)

Beatles For Sale No.2 (UK盤 EP)