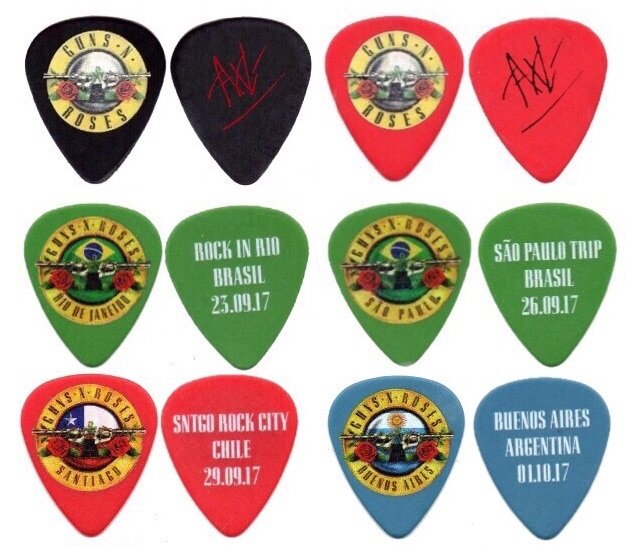 Across Top Row - Black + Red Picks
- These ARE the REAL Stage Used Axl Rose Picks.
** Appetite Skull on the Back / Silver Bullet Logo on Front White Dunlop Pick that is available at Music Stores is just a Merchandise and is NOT the Tour issued Picks.

Axl finally made his Custom Picks on South American Leg, Sept. 2017. These 2 Picks are still used by the Man through 2018.

2nd & 3rd Row - 4 of the Colored Picks are the Rarest from the Tour.
Axl and his Family had these made to hand out during the below 4 Shows of South American Leg. VERY few were made for each country.


Both Side is shown.