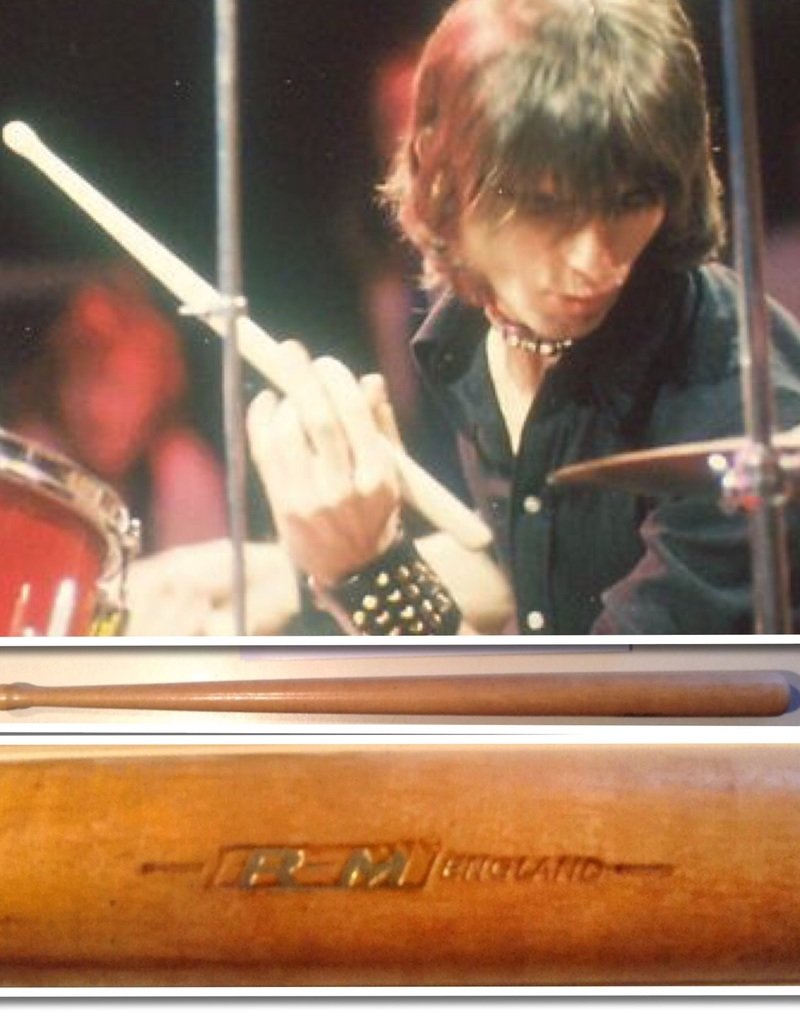 Some Books shows that Ludwig Drum Sticks were used by Cozy in early Rainbow era, But, It’s NOT true. Of course, Everyone knows that he was sitting behind the Ludwig Drum Kit in his early Rainbow days. That doesn’t mean he was using Ludwig Sticks.

Before he uses big fat Infamous Yamaha Sticks (take a look at another listing), He’s been using these “Rose Morris Militarily Sticks”. Usually these Sticks were used in a Marching Band.

The Drum Stick does not have Cozy’s Signature printed on the Stick. If you check out the pictures, You’ll see the “- R-M ENGLAND -“ printed into the end of the Stick.

Q THE BEATLES Band Of The Century