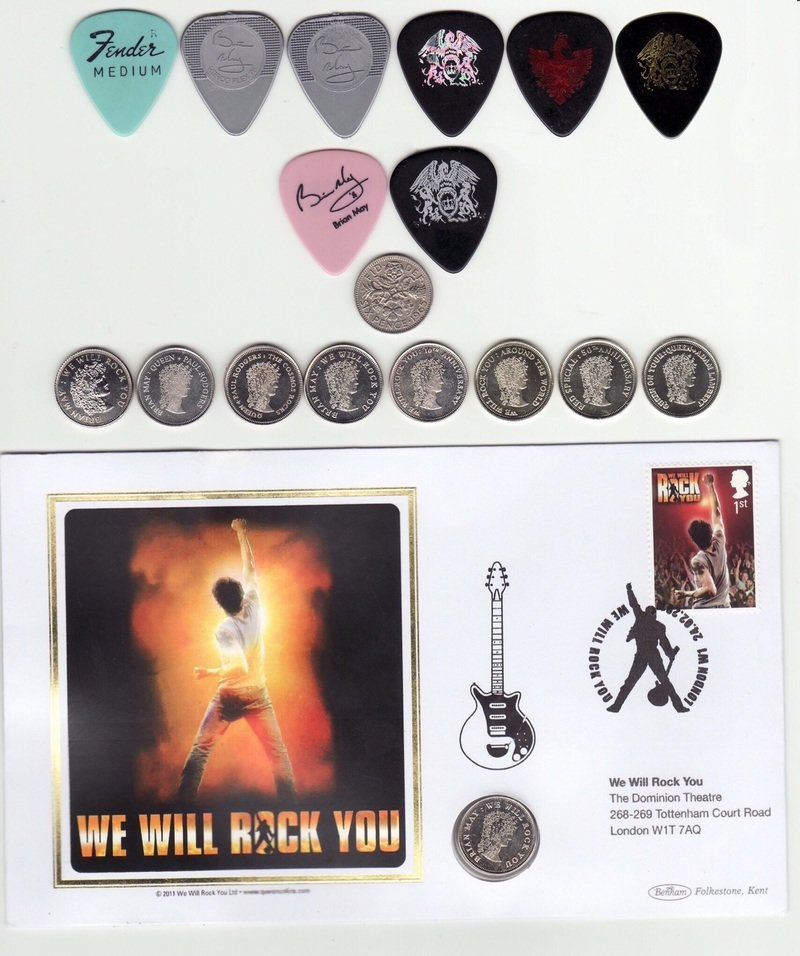 Although Brian uses 6 Pence as a guitar pick, He also uses a normal Guitar Pick when he's playing an Acoustic Guitar.

- Far Left = Baby Blue Fender Pick is from John Deacon in 1982、And He said "The band shares these Fender Picks" so that not only John and Brian (When he plays an acoustic guitar), but also Freddie was using these picks.

Bottom
= "We Will Rock You 2011" Invitation Card with Coin. 2 different envelope exsists.

CONCERT TOUR 1993 WILL YOU SEARCH FOR MY EDEN