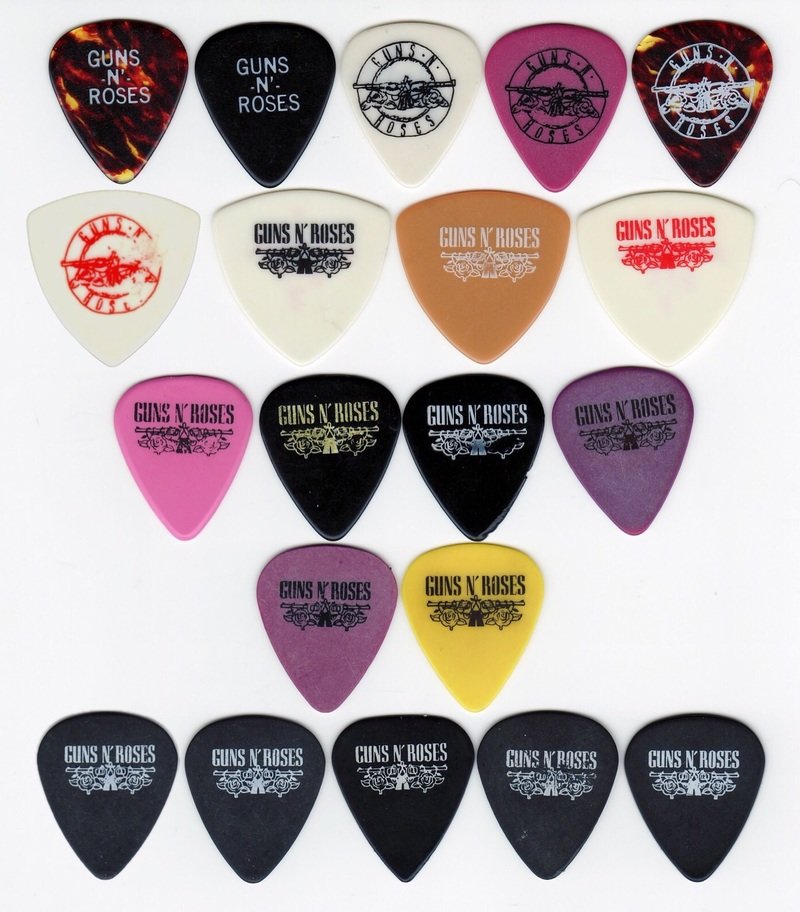 Top Row 2 of Left
- Slash's First Custom Picks - The former Guns N’ Roses manager Doug Goldstein made 3 different colors of the Picks and has given them to Slash as a gift to celebrate the band's Record Deal with Geffin in 1986, 2 of those are here. Black on White Pick is missing.

The Circle Logo picks are from 1987

3rd Row Far Left - Prototype
- Slash's order was Purple however the Pick was too Pink and The Man didn't like the color, But also, He didn't like the material of the pick. So that These were Never used on tour.