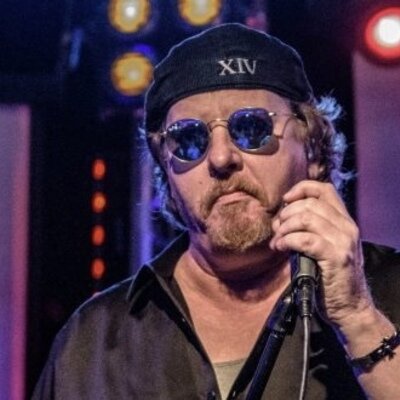 Joseph Williams,Toto's third lead vocalist (1986-1989) was born in Los Angels on September 1, 1960. He is known as a son of very famous movie music composer, John Williams.
He released his self-titles solo debut album in 1982 under Great Records before he joined Toto. It should also be noted that "Save The Night" for the movie "Goonies" produced by Spielberg's Amblin Entertainmentwith music by Cyndi Lauper, REO Speedwagon, and The Bangles in 1985. Otherwise, some of you may be aware that Joseph’s song were featured on the album for work-out titled "Body by Jake / Don't Quit" in 1984. After he left Toto in1989, his lead vocal tracks could be listened on some compilation albums and restarted his solo works and called for various special projects including Jay Graydon All Stars. In 2006, Joseph shared leas vocals with Steve Lukather on “Bottom of Your Soul" on the 2006 Toto’s album “Falling in Between”. It was surprising for us to see Joseph as a guest singer on stage with Bobby Kimball on stage when Toto performing live in 2008 at Tokyo International Forum. Subsequently, Joseph Williams rejoined Toto upon its reformation in 2010 and performing live and released Toto albums by the time the group disbanded in 2019. Under COVID-19 hard time, Steve Lukather called Joseph again to reactivate Toto in the autumn of 2020. He also works with Bill Champlin and Peter Friestedt over the years, releasing albums under the name of CWF (Champlin Williams Friestedt).

THE WHO, solo & related LP / Single

CATCH A FIRE / THE WAILERS(紙ジャケリマスターCD)

All My Life ／ Maysa Leak

ラスト・デイズ・オブ・ザ・センチュリー Last Days of the Century

Let Me Be There ／ Olivia Newton-John

BOX POPS／JOURNEY TO YOUR HEART

Let's Get It On (Deluxe Edition) ／ Marvin Gaye

What Becomes A Legend Most? レジェンド ／ Jermaine Stewart