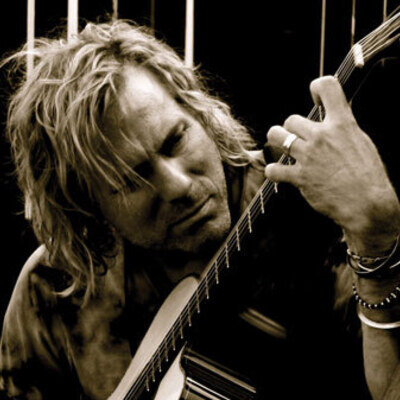 Peter Mayer is known as "PM", the leader of the legendary late 80's US pop group "PM". After releasing 3 albums as the group "PM" ("Pieces Of Paradise" from their 1st album was ranked #8 on Billboard Hot 100 Single Chart in 1988), Peter started his solo career with his self-released first solo album "Green Eyed Radio" in 1995, besides the lead guitarist for Jimmy Buffet as the core member of Coral Reefer Band. Later since 1988, Mayer gradually established his firm position as a solo artist and thus his first solo album "Green Eyed Radio" was widely distributed in the United States by Pool Party Records in 1996. At the end of 1998, Mayer released his follow up solo album "Romeo's Garage" under Little Flock Records, his own label. Roger Guth and Jim Mayer, the rest original members of "PM" were supporting Peter on all the tracks of this album. Mayer’s music style is the mid-american and westcoast music mixed one with very unique influence, which origin seems to be coming out from his experience in India in his childhood. His acoustic guitar performance must be awesome. Once you have a chance to see Mayer’s live stage, you must be knocked down definitely. Actually I was done when I saw his live performance at the 2nd Westcoast Music Festival in Disneyland Paris in the autumn 1997. Peter Mayer continues to release his albums to date and constantly tours year round with the Peter Mayer Group