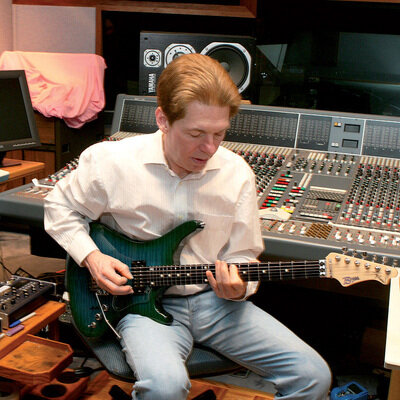 Jay Graydon, the legend of AOR / Westcoast music, the most famous talented producers and great guitarists was born in California on October, 1949. The tremendous guitar play for "Peg" on the Steely Dan's Album "Aja" (1977) must be most iconic over decades. In 2001 Graydon was the soloist Grammy awarded Donald Fagen and Walter Becker of Steely Dan chose for the legendary guitar solo on PEG on their album "Aja", after turning down 7-8 other guitar players.

In 1990’s, Graydon was relatively aggressive to release his own projects and performed live gigs with the recording members here in Japan and Scandinavia; Planet 3 with Clif Magness and Glen Ballard in 1991 and solo album “Airplay for the Planet” followed in 1993.

In early 2000’s, Graydon worked with Randy Goodrum as the new supergroup - JaR. The first effort was released as “SCENE 29” in late 2008, Widely known the JaR recorded materials for their second album but not finished as of July 2021.