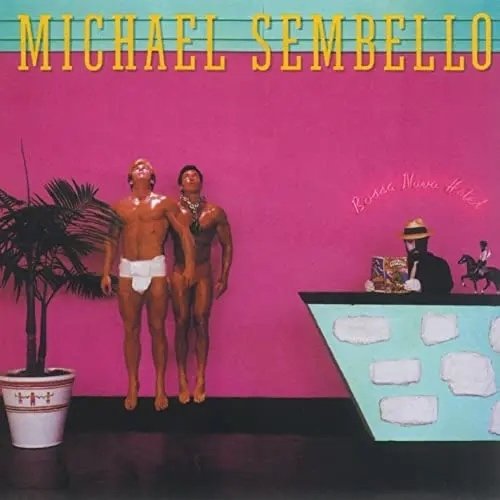 In A Dream
Without Walls

After establishing his position by his collaboration with Stevie Wonder in mid / late 70’s, Micheal Sembello’s guest appearance on David Sanborn 1982 album “As We Soeak” was remarkable, he played guitars on all 9 tracks, co-wrote the title track with David Sanborn in addition to two other tracks, and took lead vocals on two tracks. In 1983 Sembello sang the e song for the movie “Summer Lovers”, produced by George Duke in 1983.

Sembello wrote “Maniac” intending as a horror theme for slasher film, and when he was asked for a song for Flashdance by Paramount Pictures executives who impressed with “Summer Lovers” theme, Sembello sent demos on the tape with accidentally the “Maniac”. Phil Ramone was impressed and convinced Sembello to rewrite the song to suit “Flashdance”.

At last, Sembello released solo debut album “Bossa Nova Hotel” which featured Billboard Hot 100 #1 hit song "Maniac" from the motion picture Flashdance, The album itself peaked at #80 on the Billboard. FYI, the version of "Maniac" on the soundtrack to Flashdance was different from the one on this album.