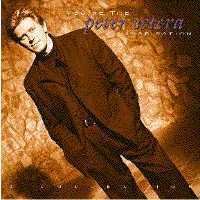 After leaving the Chicago in July 1985, Peter Cerera, ex-lead singer of the band was very successful in his solo career in later half of 1980’s and early 1990’s. It was 1981 when Cetera released his self-titled first solo album before huge commercial success of the band Chicago with the albums 16 & 17 produced by David Foster. Cetera said that his departure from the band Chicago was not amicable and confessed that the reason was not only continuous extensive touring but also band mates disagreement about doing some solo work at the same time with the band activities. In 1986, Cetera released his second solo album"Solitude/Solitaire" featuring "Glory of Love",the theme song for the film “The Karate Kid Part II”, and "The Next Time I Fall", a duet with Amy Grant.
The 1988 third solo album “One More Story" was released with the producer Patrick Leonard. In the first half of 1990’s, Cetera released fourth solo “World Falling Down” in 1992 and fifth solo “One Clear Voice” in 1995. Following the release of the album, Cetera launched his first solo tour.
In May 1997, Cetera’s first best album “You're the Inspiration: A Collection” was released, which features all his duets from over the years, along with three re-recorded songs he had written while a member of Chicago; “If You Leave Me Now", "You're the Inspiration", and "Baby, What a Big Surprise" plus two brand new recordings, "Do You Love Me That Much" and "She Doesn't Need Me Anymore". It should be noted that this collection CD was the first one to feature "After All", his 1989 duet with Cher from the soundtrack of the movie “Chances Are”.

I'm In The Mood For Dancing

The Best Of Matt Bianco