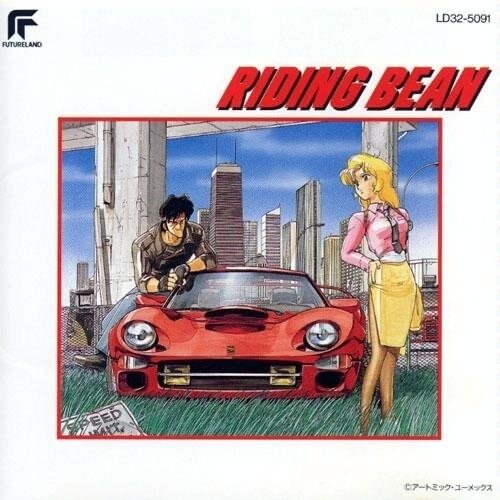 Riding Bean is a 1989 anime original video animation following the exploits of courier-for-hire Bean Bandit and his partner, gunwoman Rally Vincent. You may assume that this album should be a kind of typical soundtrack for Japanese animation video, when you see the artwork of this album. Answer is definitely "No"! Once you start to listen to this album, you are obliged to change your basic stance when you come across this kind of soundtrack album. I am fully aware that some of AOR/Westcoast lovers seems to avoid buying soundtrack or concept albums due to their prejudice and I should point out how they lost chances to listen to good music. This soundtrack album can prove that my observation would be right. This music was written and recorded for a Japanese animation video called "Riding Bean" in 1988 featuring the L.A. "west coast" musicians mainly involved in David Garfield's project band "Karizma". Therefore, this might be said to be alternative or hidden Karizma album. In addition to very very excellent instrumental tunes such as "Bean Bandit Boogie" featuring super guitar performance by Michael Landau, you are able to enjoy several vocal tunes featuring Phil Perry. This CD had been one of the hardest-to-get CDs for a long time even though it was reissued on 19 May, 1993. We were pleased that David Garfield reissued the album as “David Garfield & Friends / Music From Riding Bean” under his own label Creatchy Records in November 2001.