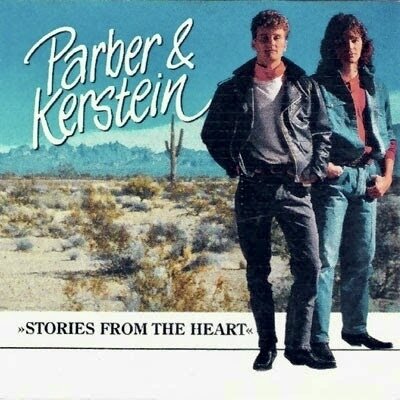 Denmark is said to be one of the cetre of good music and I rediscovered one of the hidden Danish treasure in 2001. The treasure was the Parber & Kerstein's early 1990's debut album "Stories From The Heart" produced by Morten Munch (ex."Skagerak"). This one was the only album of Parber & Kerstein. However, they were still active songwriters and were expected to release their brand-new album as the Parber Kerstein Band sometime early 2000’s, but don’t know whether they did. As a matter of fact, Parber & Kerstein released a CD-single "Once In A Lifetime" featuring Tommy Rasmussen (ex-Skagarak) on vocals, the anthem for the official ITU Triathlon World Championship 2001, taken place on the 4th- 5th August 2001 in Fewdericia Denmark. Parber & Kerstein shown how the Scandinavian good hard progressive Westcoast music should be! Target Records Germany reissued the album "Stories From The Heart" with the then brand-new single "Once In A Lifetime" as a bonus track.