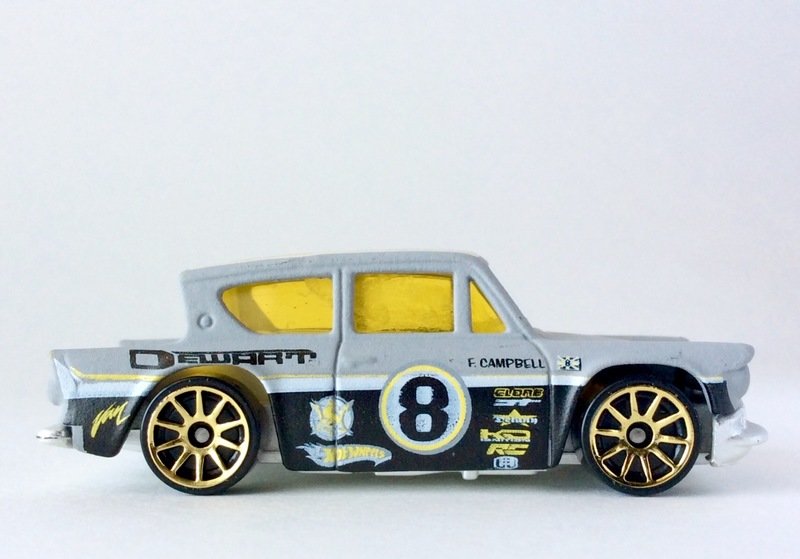 ※Description（From HW wikia）
Ford Anglia is a 2003 casting. It is an accurate reproduction of Ford's Anglia 105E, a British-designed car produced in the UK from 1959 to 1967. The casting was first produced as part of a Harry Potter set (the book and movie "Harry Potter and the Chamber of Secrets" feature a light-blue Anglia with magical powers) and two years later was issued as a mainstream casting with typical rally-racing livery. Interestingly, with its T-Bird-like 1950s styling, the Anglia is a popular choice for customizing in the UK, something which Hot Wheels might look into...
It is possibly designed by Fraser Campbell. He has designed more castings from his homeland, UK and the side tampo says: F. Campbell.
※日本語詳細説明はこちら。
https://muuseo.com/cosmic-ace/items/736 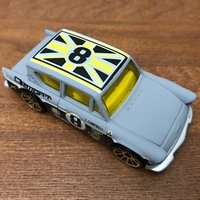