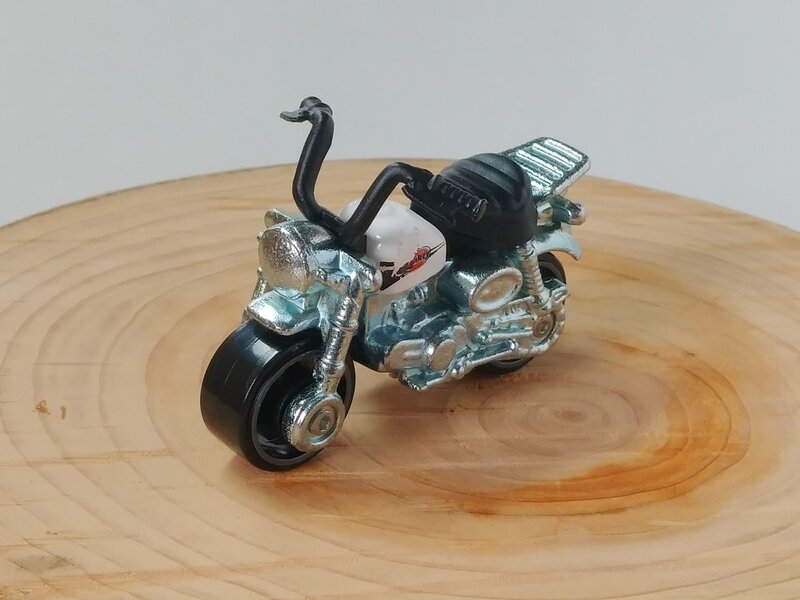 The Honda Monkey Z50 is a casting of the iconic Honda Z50 Motorbike produced from the mid 1960s, due to be discontinued in late summer of 2017. The model consists of an unpainted metal base, plastic handlebars, and seat as one piece and a painted metal piece for the fuel tank. The tank acts as a pin, holding the plastic seat and handlebar piece onto the base. The nickname 'Monkey' used in the casting name is derived from the position riders take on while holding the handle bars, which resembles a gorilla or ape using its arms to stay propped upright. This casting is the oldest model of Japanese origin produced by Hot wheels as of 2017.

Honda
White stripes, model badging on sides of the tank