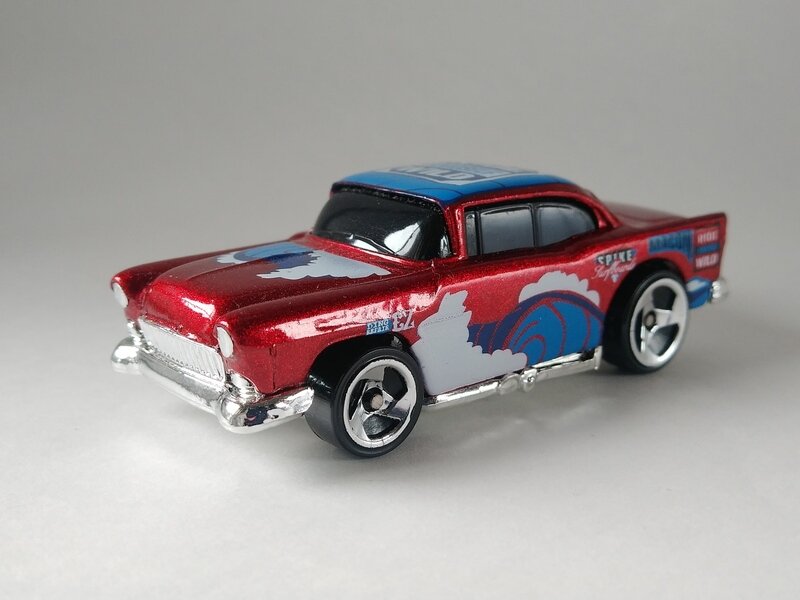 #ホットウィール #hotwheels
The '55 Chevy was issued into the line-up in 1982. For its first release, it was made in Hong Kong and issued with that base for only one year. It was later changed to a Malaysia-stamped base, because production was moved from Hong Kong to Malaysia later that same year. Despite this short run, both the Hong Kong and Malaysia castings of the original first release retain the same value.