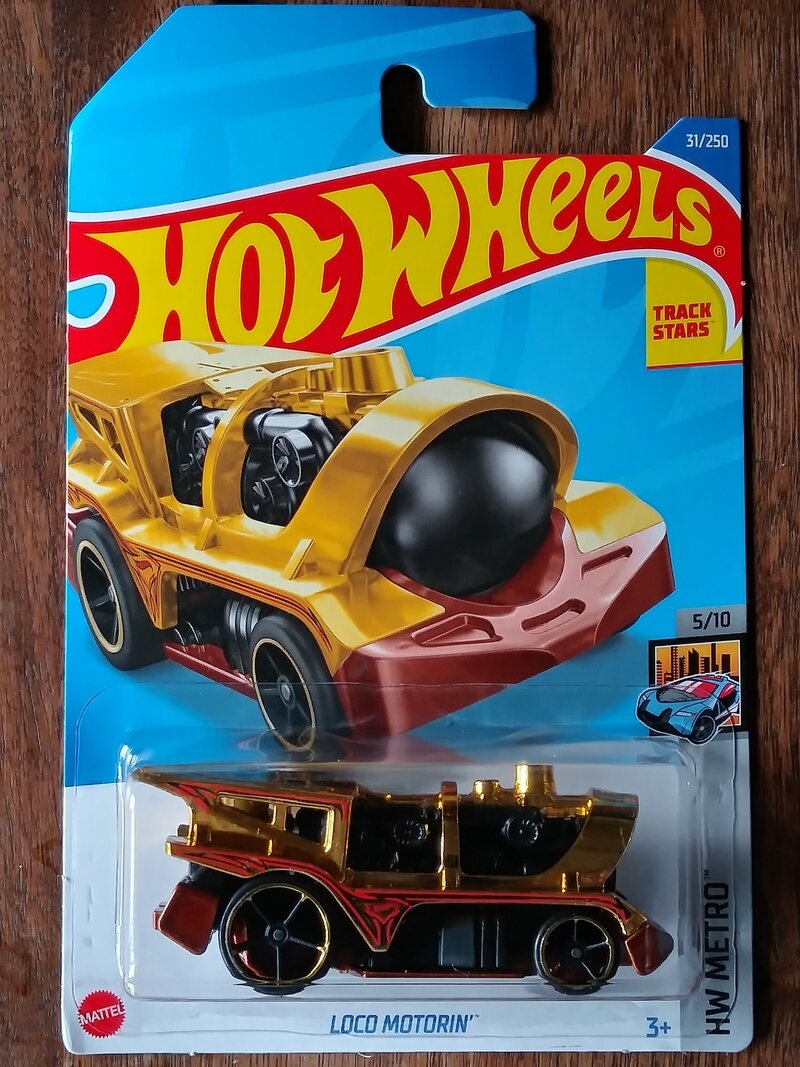 The Loco 'Motorin' is a casting depicting a motorized locomotive on wheels in a similar vein to the Rail Rodder, but smaller and more streamlined in size. The tampo for this casting's first release is based off of Thomas the Tank Engine from Wilbert Awdry's The Railway Series book line for the 75th anniversary of the book series. It has a slot in the back for the Fisher-Price “Push Along” style of Thomas the Tank Engine trains.