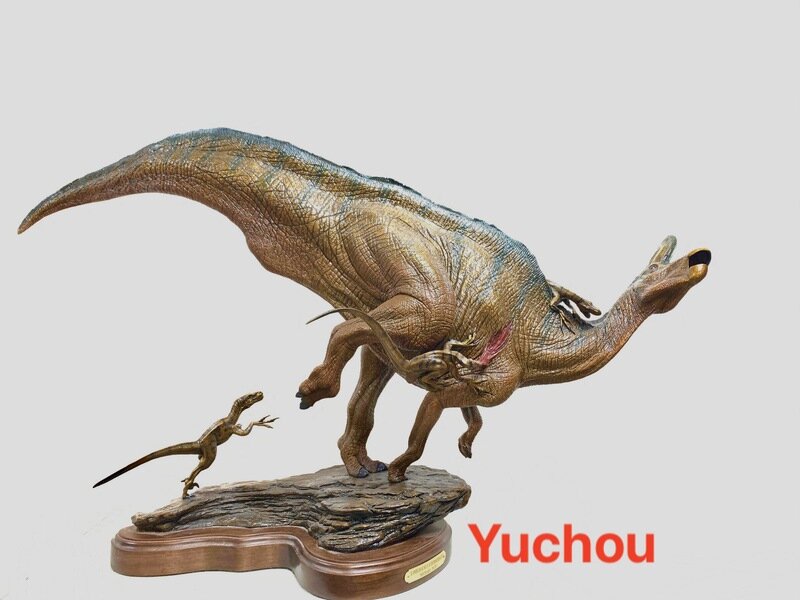 Illustration on Dinosaur Imagery : The science of List Worlds and Jurassic Art (The Lanzendorf collections )

This sculpture , at 1/8 scale,is Mike Trcic’s fourth bronze. It was begun in 1994 and finished in 1996 and it weighs about fifty pounds. Only 12 were made before the original clay mold was destroyed. It has been shown at several art shows in the west.
Michael Trcic's "Lambeosaurus and dromaeosaurs"(1996) brings new meaning to the sense of movement in dinosaur sculpting .The balance of the duckbill at full tilt and under siege, is the work of a
master's eye and hand. The attacking dromaeosaurs,each unique in pose, are frozen in bronze to show lunge, impact, and engagement of the oversized prey.
Details like the deflection of the midline frill of Lambeosaurus by the dromaeosaur and the spreading wounds show a remarkable feel for the properties of skin as well as knowledge of latest findings of skin
impressions. With a shimmering petina, this piece is both balanced and dynamic.