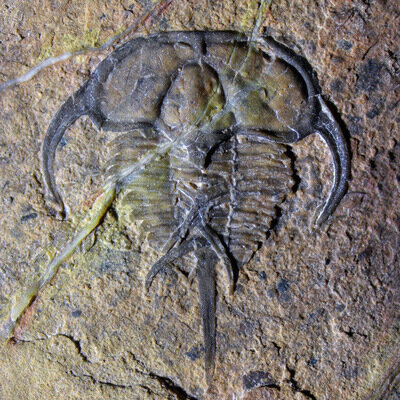 The Weeks Formation in Utah is the youngest (c. 499 Ma) and least studied
Cambrian Lagerstätte of the western United States. It preserves a diverse exceptionally preserved fauna that inhabited a relatively deep-water environment at the offshore margin of a carbonate platform, resembling the setting of the underlying Wheeler and Marjum formations. Yet, the Weeks fauna differs significantly in composition from the other remarkable biotas of Cambrian Series 3 of Utah, suggesting a significant Guzhangian faunal
restructuring. This bioevent is regarded as the onset of a transitional episode in the history of life, separating the two primary diversifications of the Early Palaeozoic. The Weeks fossils have been strongly affected by late diagenetic processes, but some specimens still preserve exquisite anatomical details.

THE BEST AND THE BRIGHTEST