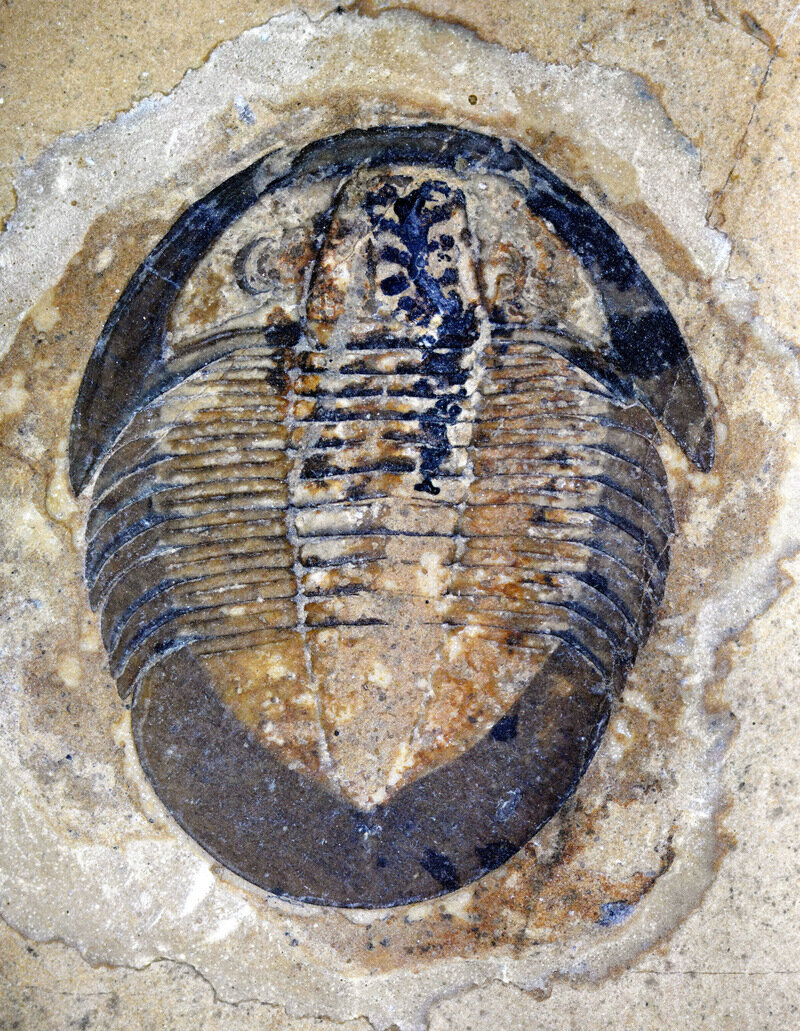 Internal anatomy of trilobites is rarely preserved.This Meniscopsia beebei show a dark central feature that can be interpreted to be an early diagenetic filling of the alimentary tract and paired laterally projecting digestive glands (foregut and midgut glands), with one pair per segment, as in some modern chelicerate arthropods.