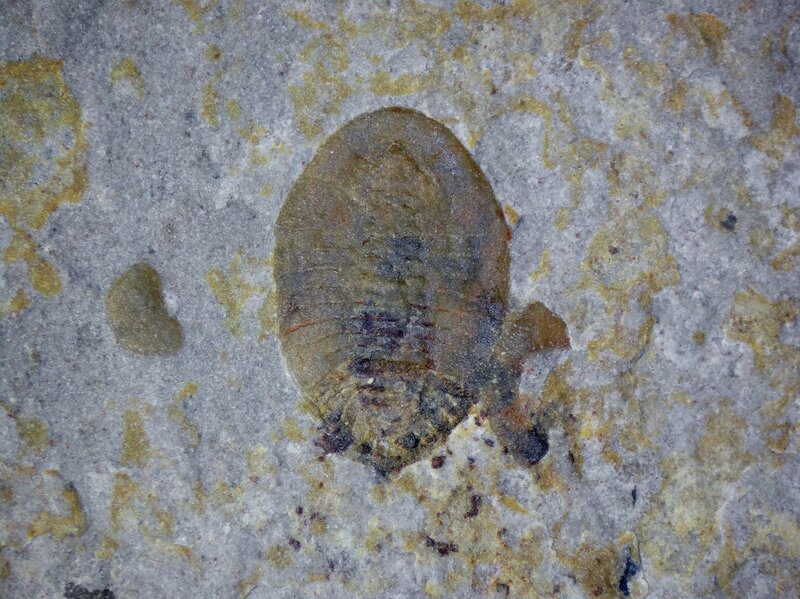 Discussion.—Burlingia halgedahlae most closely resembles B. hectori Walcott, 1908, from the Stephen Formation of British Columbia. and B. jagoi Whittington, 1994, from the Alum Shale of Sweden and Norway. It is similar to B. hectori in general outlines of the exoskeleton and thoracic axis but has a more triangular cephalon, one more thoracic segment, and a shallower medial indentation of the rear skeletal margin. It is similar to B. jagoi in having a subtriangular cephalon but differs in outline of the raised axial lobe, in having one more thoracic segment, and a deeper and wider indentation of the rear skeletal margin. Burlingia halgedahlae appears to differ from all other species of Burlingia by its greater effacement of dorsal furrows, but that feature may have a taphonomic rather than genetic origin.

Occurrence.—Burlingia halgedahlae is rare in the middle part of the Marjum Formation, mid-Bolaspidella Zone, at localities 347 and 716 in the House Range.