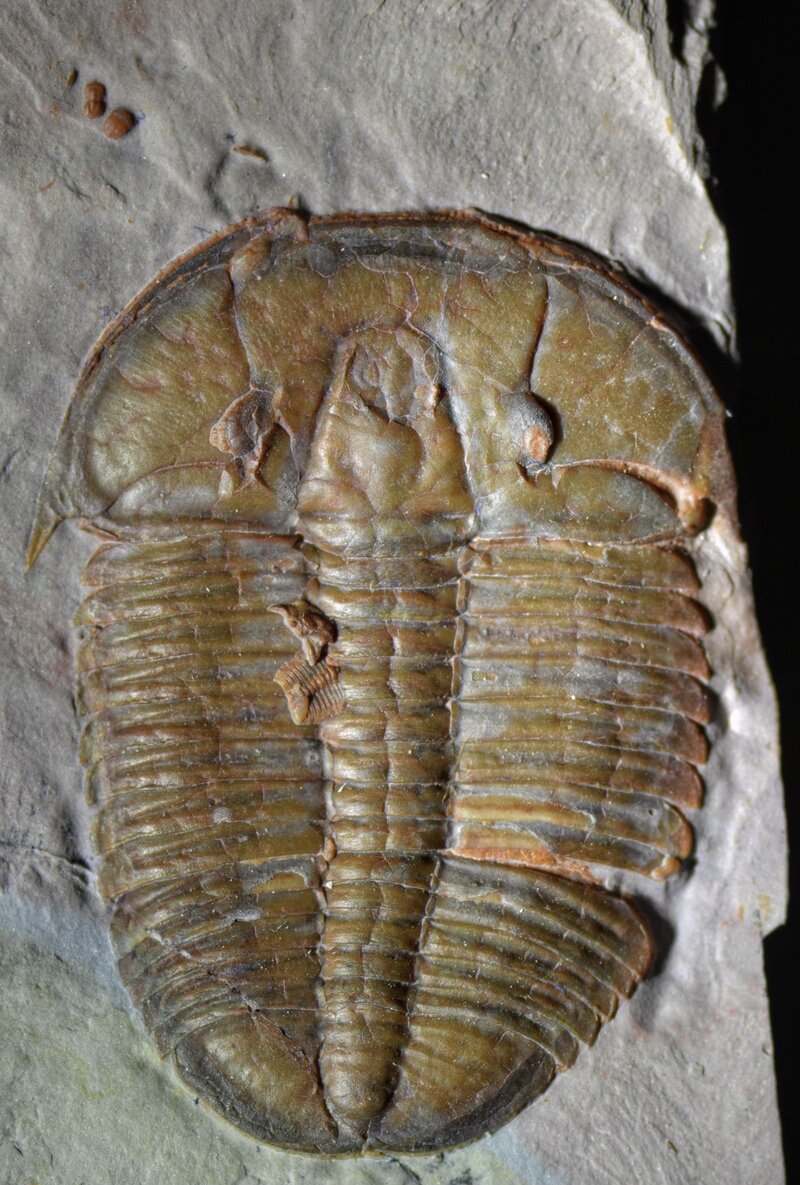 Elrathia is a genus of ptychopariid trilobite species that lived during the Middle Cambrian of Utah, and possibly British Columbia. E. kingii is one of the most common trilobite fossils in the USA locally found in extremely high concentrations within the Wheeler Formation in the U.S. state of Utah. E. kingii has been considered the most recognizable trilobite. Commercial quarries extract E. kingii in prolific numbers, with just one commercial collector estimating 1.5 million specimens extracted in a 20-year career. 1950 specimens of Elrathia are known from the Greater Phyllopod bed, where they comprise 3.7% of the community.

Etymology - Even though the generic name Elrathia was first published in the combination E. kingii, a species from the House Range, Utah, the name, itself, is derived from Elrath, Cherokee County, Alabama.

Description - E. kingii is a medium-sized trilobite with a smooth sub-ovate carapace that is tapered towards the rear. Thorax is usually 13 segments. Pygidium has four axial rings and a long terminal piece. Posterior margin of the pygidium has a long broad medial notch.

The British Columbian species, E. permulta, is much smaller, averaging about only 20 millimeters, and has up to thoracic 14 segments. Because E. permulta lacks several diagnostic features of the genus it may even represent a distinct genus.

Synonyms - Elrathia is variously known as Elrathina, which is a separate genus sometimes considered to be a synonym of Ptychoparella. The species E. kingii is often erroneously called E. kingi (with one i).