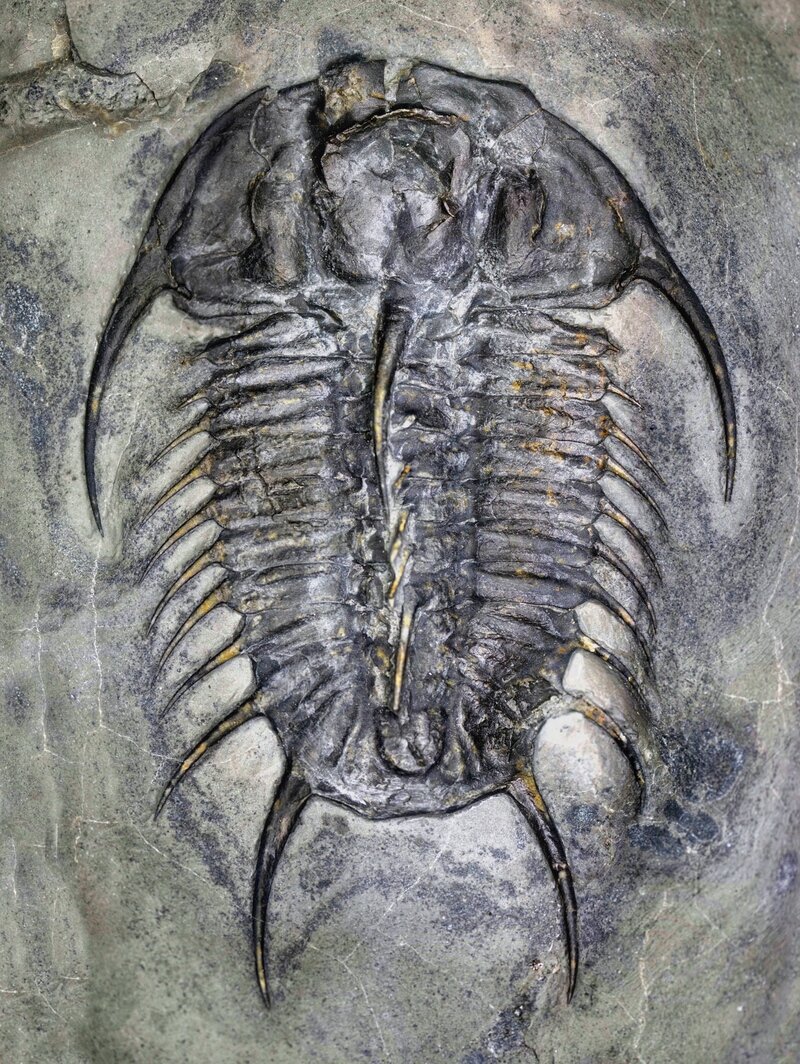 Etymology.—After Val G. Gunther, for his many contributions to knowledge of Cambrian fossils (e.g., Gunther and Gunther, 1981).

Discussion.—Olenoides vali n. sp. and O. trispinosus Rasetti (1946) are the only species of Olenoides known to have three pairs of marginal spines on the pygidium. However, the pygidial spines of O. vali markedly increase in length toward the rear, whereas those of
O. trispinosus decrease in length toward the rear. Also, the pygidial axis of O. vali has four rings and a terminal piece, whereas O. trispinosus has five rings and a terminal piece. Olenoides vali further differs from all other species of Olenoides by exceptional elongation
of the occipital spine and greater rearward elongation of medial spines on the thorax. White (1973), in an unpublished thesis, described a poorly preserved exoskeleton and a few small, disarticulated sclerites, here assigned to Olenoides trispinosus. Comparison of specimens known to the present authors shows a minor ontogenetic increase in lateral expansion of the anterior glabella. In some specimens, that expansion was further increased by taphonomic compression. Olenoides rooksi Bonino and Kier (2009) is an unavailable name because it fails to meet criteria of Article 13 of the International Code of Zoological Nomenclature.

Occurrence.—Olenoides vali has an observed stratigraphic range through approximately the upper 110 m of the Wheeler Formation in the Drum Mountains, as defined herein. Some collectors have referred specimens from the upper part of this interval to either the Marjum or Pierson Cove formations.