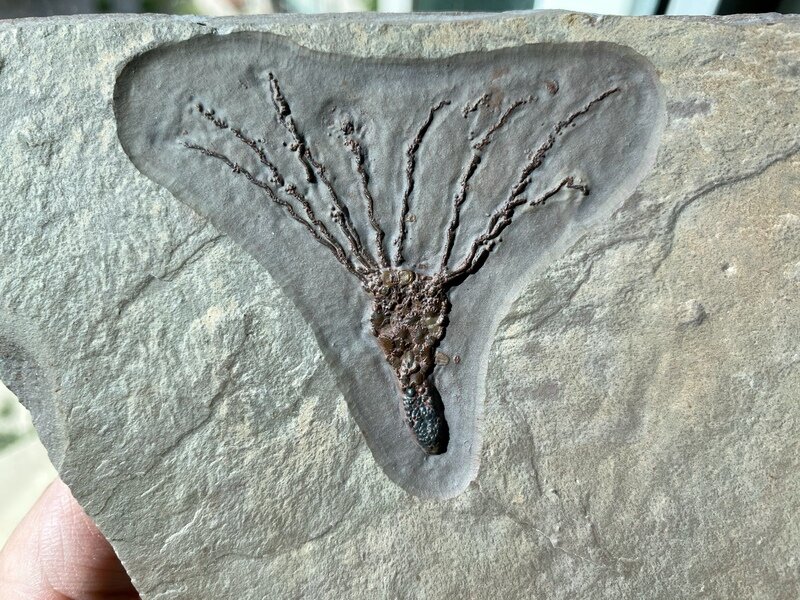 Gogia is a Cambrian cystoid that is among the earliest and most primitive groups of echinoderms. For this reason they are sometimes called a "dawn crinoids". They had a vase-shaped body (calyx), covered by plates that were symmetrical and have a bifurcated brachiole, a slender arm-like structure for food-gathering that closely resembled those in cystoids.

Gogia differed from true crinoids in that they had pores along the margins separating the plates, and the type of feeding arms they displayed. The species Gogia spiralis derives its name from its tightly spiraled arms and is only one of three Gogia species to have spiraled arms. Gogia had a vase-shaped body or calyx with irregularly positioned plates. It also had a stalk made up of smaller plates that attached to the sea floor, and food-gathering arm-like structures called brachioles. Gogia was a sessile (stationary) suspension feeder gathering food with its arms in calm waters of shallow Cambrian seas. Gogia spiralis usually attached directly to the mud, but on rare occasions attached to brachiopods and trilobite fragments on the sea floor. Gogia were widely distributed in the lower and middle Cambrian of western North America, but only a few partial specimens have been found in the Burgess Shale. Gogia occurred at the base of the cystoid radiation, with three distinct cystoid lineages derived from different Gogia species. Gogia lived only during the Cambrian time period, but the cystoids that evolved from them survived until the end of the Devonian.