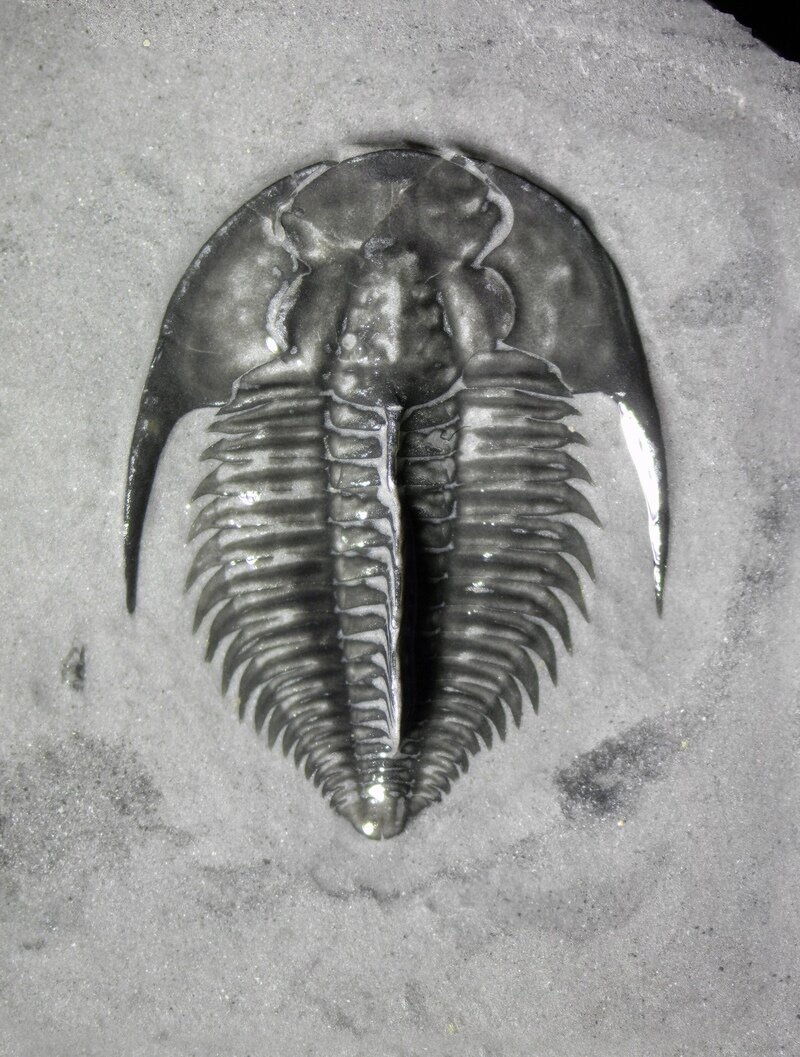 Discussion.—Amecephalus jamisoni differs from all described species of Amecephalus by the presence of an occipital spine and a medial axial spine on most thoracic segments. Its pygidium is known from an unnamed Spence Shale specimen illustrated on the Internet (Marshall, 2011). Most known specimens of A. jamisoni are preserved with the micropygous pygidium and some segments of the posterior thorax projecting downward into the matrix, or tucked under the dorsal surface (see especially Figs. 15.1–15.2). This manner of preservation is interpreted as taphonomic in origin and related to loose flopping of the pygidium as the specimen was carried in a current prior to burial.

Occurrence.—Amecephalus jamisoni is rare in the middle part of the Spence Shale at Wellsville Mountain.