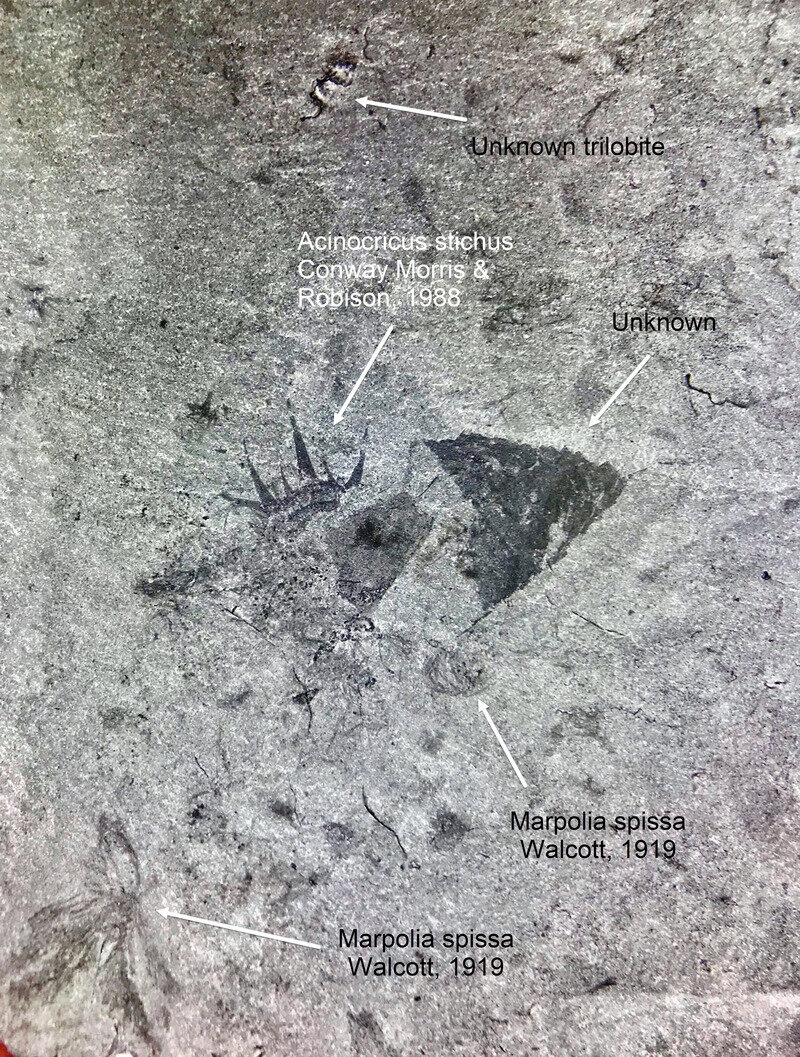 Acinocricus is a genus of extinct worm belonging to the group Lobopodia and known from the middle Cambrian Spence Shale of Utah, United States. As a monotypic genus, it has one species Acinocricus stichus. The only lobopodian discovered from the Spence Shale, it was described by Simon Conway Morris and Richard A. Robison in 1988.Owing to the original fragmentary fossils discovered since 1982, it was initially classified as an alga, but later realised to be an animal belonging to Cambrian fauna.

The first specimen of Acinocricus was discovered by American palaeontologist Lloyd Gunther in 1982 from the Spence Shale in Miners Hollow, Wellsville Mountains, Utah. It was embedded in hardened mud and was incomplete with some of its body part missing. More than a dozen fragmentary fossils were later recovered from the same site and the surrounding areas. Simon Conway Morris of the University of Cambridge and Richard A. Robison of the University of Kansas jointly published the systematic description and scientific name in 1988. The generic name is derived from two Greek words, akaina, meaning thorn or spine, and krikos, meaning ring or circle, for the circular spines on its body; the specific name stichos means row or line, referring to the arrangement of the spines.[1] Morris and Robison made an erroneous classification by assigning it as an alga (in the phylum Chlorophyta) as they were convinced that it had no particular resemblance to any known animal fossils (medusoid) known at the time.

The correct identification as an animal came only after a series of discoveries of Cambrian fossils (Maotianshan Shales) in Chengjian, China. A variety of lobopods were discovered in the early 1990s that showed important shared features with Acinocricus.[4][5][6] Comparison of the Chengjian lobopods and Acinocricus revealed their similarities.[3] In 1998, Jun-yuan Chen (Nanjing Institute of Geology and Palaeontology, Chinese Academy of Sciences) and Lars Ramsköld (Uppsala University, Sweden) made assessment of all available Cambrian lobopod fossils and came to the conclusion that Acinocricus belongs to Lobopodia.